Home » Kin Blog » 2017 Jan: Adventure » Realising that I have become Mrs Serious and wanting to find my happy again. 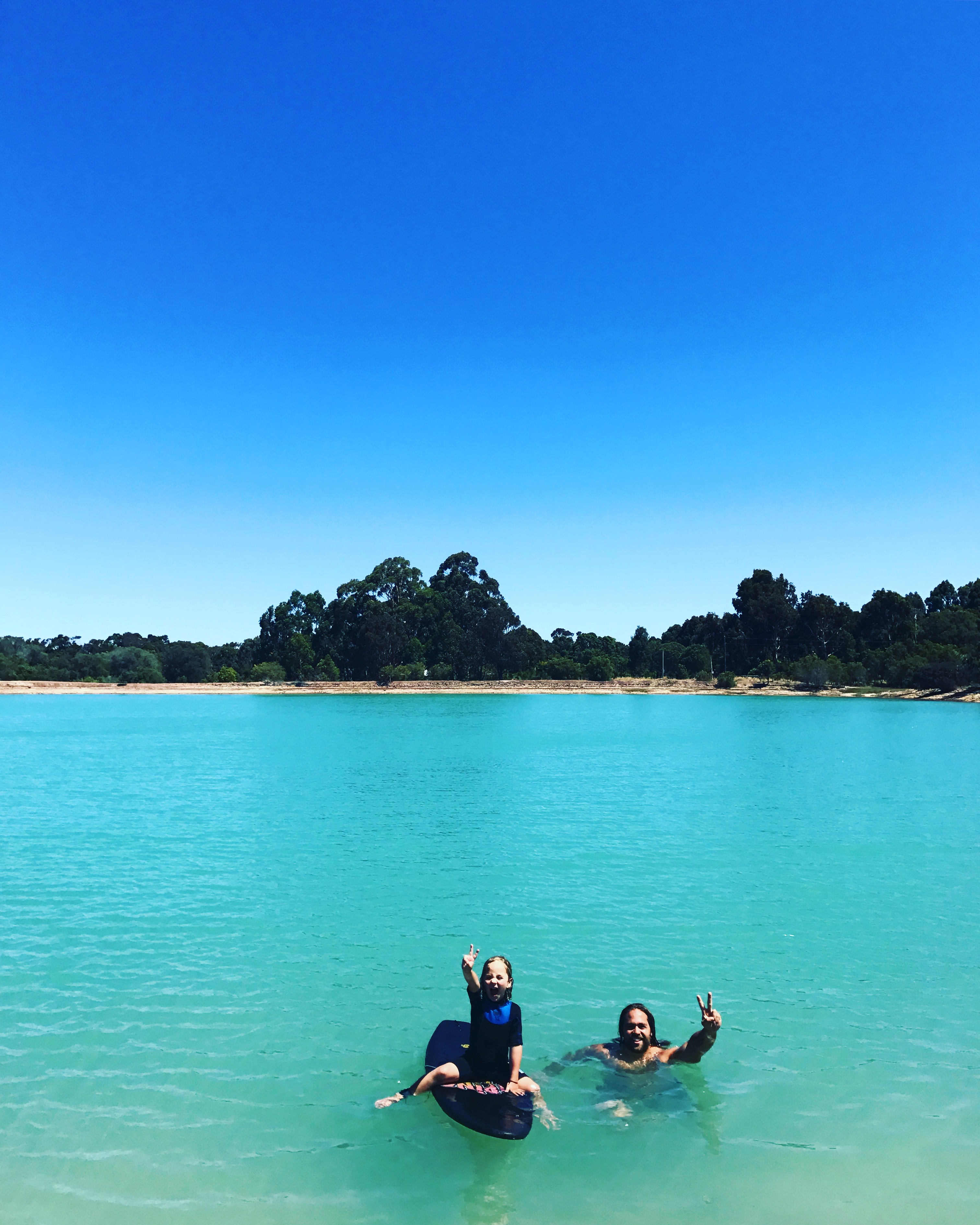 It was a Thursday morning in Leederville, Perth. I woke slowly to sounds outside my bedroom window wondering whether I had just heard a pig snort. I closed my eyes thinking I must be dreaming and it was way too early. I peeled one eye open and stared at the ceiling through my four poster bed and that time I was certain I had heard a rooster crow.

Snicker, laugh snort and baa aa. I lived one street away from the busiest cafe strip in Perth, in a flat share for three and was single to boot. I was nowhere near a farm yet I was sure the noises out the front of my window were deceiving me. As my caffeine-starved brain began to compute. I remembered that it was actually my thirtieth birthday today.

“How did I forget that?”

I opened the curtain slowly and squinted my eyes to see a full blown farm full of animals on our front terrace porch. There was a goat, pig, cow and chickens. There were Guinea pigs, rabbits, and ducks wildly running the short length of my front yard. Then in the corner stood four of my girlfriends, in all of their 6 am pajama-clad glory, with massive smirks on their faces.

They had hired me a farm for my birthday. When they saw my face and they held their takeaway coffee’s up like a trophy, it was clear that they had pulled off the greatest birthday surprise of all.

As a young adult, I lived the most adventurous life. I flew to Lebanon and traveled army lined roads, escaping the bombing of Beirut airport by days. I swam in waterfalls and glaciers in New Zealand, often on a spontaneous whim.

Just a couple of weeks ago, we were camping down South of Western Australia and my husband ran over to me with a smile on his face.

“Amanda, I have found the coolest dam!”

His eye’s glinting and smile questioning, but my heart palpitating.

Mrs, Serious came out swinging. “Whose dam is it? What if there are eels or even worse leeches? How do we know that it is safe to swim in?”

He just smiled, went to grab his surfboard and his boardies and beckoned me out the door.

“Come on, it will be an adventure.”

Out the door we went, through the bush, we walked and as we came upon the most beautiful body of water, my heart began beating even faster. I realised in the midst of this afternoon swim, that I had allowed all of the shoulds, to replace the what if’s in my life.

I should be responsible.

I should be setting a good example.

I should be thinking before leaping.

I should, should and should.

When was the last time you did something that you shouldn’t have been doing?

What if you wake up some day, and you’re 65, or 75, and you never got your memoir or novel written; or you didn’t go swimming in warm pools and oceans all those years because your thighs were jiggly and you had a nice big comfortable tummy; or you were just so strung out on perfectionism and people-pleasing that you forgot to have a big juicy creative life, of imagination and radical silliness and staring off into space like when you were a kid? It’s going to break your heart. Don’t let this happen.

This Summer each and every time my husband has asked whether I want to go swimming. This has been my response. I put my bathers on, I tell that internal voice that softly chides “I’m too fat, too old and too tired” to be quiet and off to the great unknown I run. Adventure is only one pair of swimmers away. Don’t allow anyone to rob you of that playful part of you anymore.

You were born for so much more. And you know what is the best part of all?

My happiness was found somewhere at the bottom of that bright, blue pool of water.

Amanda Viviers recently released her latest book, Dear Single Self. You can purchase it here for $20 which includes free shipping anywhere in the world.

One thought on “Realising that I have become Mrs Serious and wanting to find my happy again.”