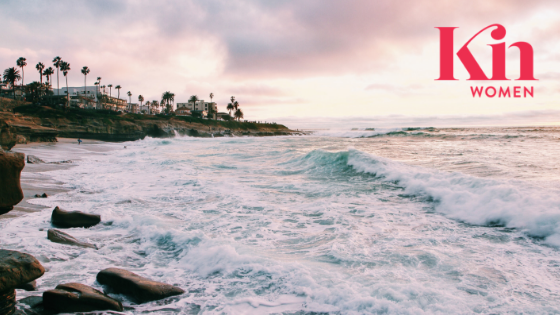 I was 23. Living on the East Coast, working as a volunteer teacher. The 70+ hour workweeks had finally ground me into a pulp of a human.

I had to leave. My friend came to visit me and convinced me that it was no longer healthy for me to live and do what I was doing.

I packed up my red Jetta and left within 72 hours of making the decision.

It was exhausting freedom.

I drove back to Oregon, moved into the house on my family’s farm and started working substitute teaching jobs. Even High School French — those kids were the best — they begged me to be their teacher. I can’t speak French.

On a weary night, my friend Maia messaged me over Facebook. “You should apply for Tom’s job and come to Australia!”

So I went for it. It was a one year contract. I was going to be late arriving for my job as a Study Abroad Director, the students were going to know the place better than me.

What was I getting myself into?

I sold my beloved Jetta, packed 2 suitcases and a carry-on. Thinking, I’d be back in a year. That was 12 years ago.

I did that job for 1.5 years and then started working at a local University.

I met him, he was much older, a lover of red wine, drove a Rolls Royce and had motorcycled around the world. He was clever, witty, cultured .. narcissistic.

9 months and it ended one night. Words were said. I was left devastated. Wounds from my past ripped open.

I needed to get away, so I reached out to my friend in East Timor. I boarded a plane, and then another tiny one and landed in East Timor. Sitting next to a guy who decided to ‘escape life’ to East Timor because it was cheaper than going to Bali.

I waited, waited, waited. My bag packed. Was he going to show up? He did, racing in with his truck. We drove, slowly, up mountains, through little villages and I slept in a shipping container. Woke up with the roosters, drank fresh coffee, and has dinner with Cuban doctors in the remote hills. I held babies who had been burnt by fires, put oxygen on an 18-month-old dying of Malaria. Drank coconuts on the most beautiful beaches. It is the definition of juxtaposition.

We were driving the ambulance down the hill — and I knew that I had to become a nurse. Call it a spiritual awakening.

I came back, and left my job, six months before I could get Permanent Residency. Making my nursing degree one which incurred International Student Fees.

He was the last profile I was going to give any attention to on eharmony. I was OVER it. I was in the final semester of my nursing degree. Had a job as a Graduate RN in Alice Springs and a romantic vision of what ‘rural and remote’ nursing was going to be like. After 6 weeks he begged me to not go.

I have done a lot of ‘the unknown’ in my life. The more I’m open to it, the richer my life has become.

One thought on “2 Suitcases and a Carry-on”