I drove into the city for the second time in two days to have medical tests.

I’m facing some surgery that will have me out of action for about six weeks and, having had similar surgery previously, dark thoughts infiltrated my mind.

‘I’ll start the year unfit, unhealthy and take twelve months to get it back,’ I moaned to myself. A black cloud descended over me and tears threatened.

I don’t usually feel sorry for myself, but I’d had a small surgery the week before and anesthetic tends to have a depressive effect on my moods.

On top of that my son’s wedding is coming up and so is Christmas. When my son moves out of home, we’ll be empty-nesters. That’s a huge life-change right there.

I haven’t reached all my goals for the year and another year looms as a sneer.

‘You haven’t finished what you said you would. You’ve got excuses, but you’ll fall even further behind. You’re hopeless.’

I decided to cheer myself up by listening to Liz Gilbert’s talk about curiosity.

Liz is one of the most committed and driven writers I know of. Beside her I’m a writing wimp, while she is a Writing Jedi.

Liz then went on to say how she was challenged to rethink her position on passion.

Some of the most successful people she knew and loved meandered through life trying lots of things, often bemoaning the fact that they never stuck to just one thing.

Curiosity is how Liz defined this meander. Instead of thinking you had to find that one thing and then pursue it like a demon and destroying yourself in the process, why not follow the curiosity and see where it leads?

I was so thankful for this. It struck me that even though writing is my passion and I invest in it, work on it and live it, that other areas of my life tend to meander. I do whatever is in my hand to do at that time.

I looked out of the window of my son’s new place and saw a man leaning into my car. His legs dangled outside the broken window.

He slid out of the car and I saw he had my handbag in his hands.

Anger, self-righteous anger, rose up in me like a sudden summer storm and I began to chase him.

Shades of my past life as a teacher/principal erupted.

‘How dare you steal my stuff?’ My voice growled from deep down in my stomach.

My son jogged alongside me.

‘Come on, Mate. Just drop it,’ he said, in a more reasonable tone than mine. He’s a very nice boy. In fact, his teachers nicknamed him Gentle Ben.

He had the police on speed dial and was giving them details as we ran. ‘He’s about 170 centimetres wearing a blue shirt, dark pants…’

After a block, the thief dropped the bag and I grabbed it. My son continued to jog after him and they disappeared around the corner.

My son was chasing a thief. What if someone hurt him? Mama Bear kicked in. 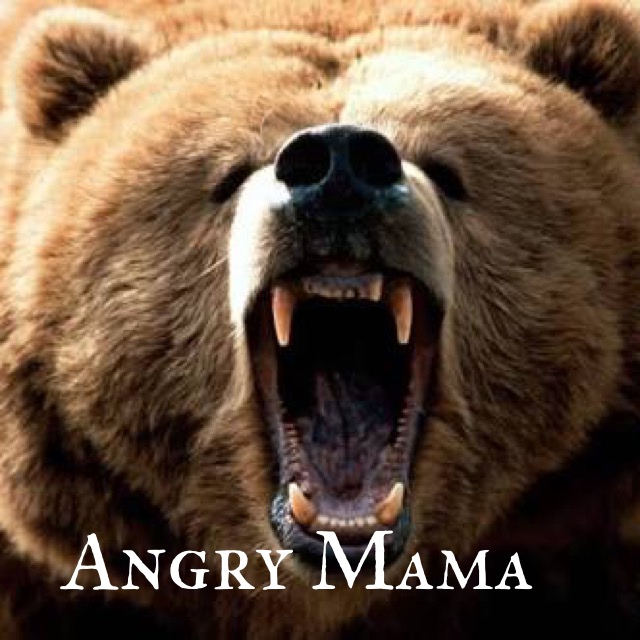 I ran back to the car and jumped in. The wheels of my sporty, hot hatch spun as I accelerated down the road to catch up with them. I beeped the horn continuously, gaining the attention of the neighbours.

Other people jumped in their cars and joined the chase.

I pulled alongside the thief, my son was still jogging behind him, and rolled the window down.

‘Yeah, but you smashed my car. Don’t ever touch my stuff again,’ I told him. My you’re-not-getting-away-with-this tone seemed to chasten him.

He didn’t apologise, but I think he was shocked that we were following him. He got more than he bargained for when he chose to break into my car.

We followed until he went into a house and my son told the police where he had gone. We gave up the chase and waited for them.

It’s hard to predict how we’ll react when something happens.  The emotion that’s been stored deep within often comes spilling out like the proverbial floodgates.

Since then I’ve been in a bit of a hole.

The adrenalin rush of the day, the emotions of the last few months, the frustration of facing a long recovery from surgery all welled up.

I’m reminded again that life can’t be controlled. Life doesn’t roll out according to the script we write. Life is often improvised.

So, I’ve given myself permission to rest, reflect and rejuvenate rather than rush in a rigid rule-regimented mindset of ‘must-do’. 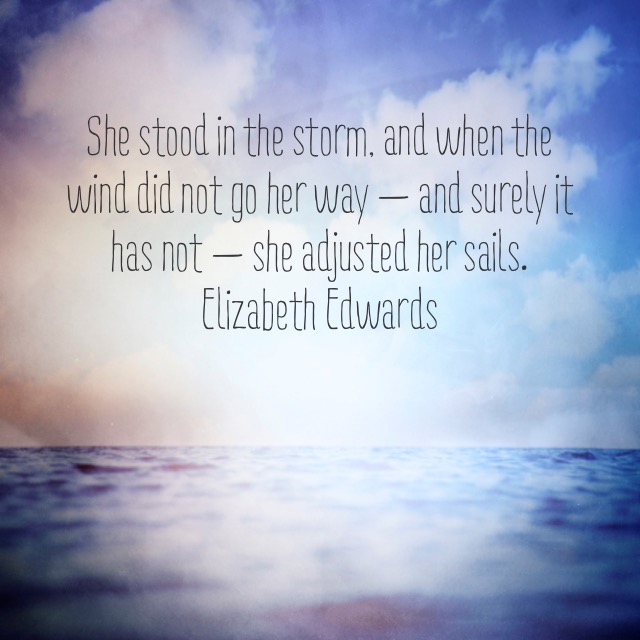 Learning to go with the flow of our lives is accepting each day as it comes. It means adjusting, adapting, accommodating in the face of the unexpected, unanticipated, unpredictable changes that disrupt our plans.

There’s no dress rehearsal, no do-overs in life. This is it.

So even when a thief tries to steal your stuff, you face unexpected surgery, your home-life changes in a major way and you don’t meet all your goals —

adjust your sails and relish every day of your one wild, precarious and precious life. 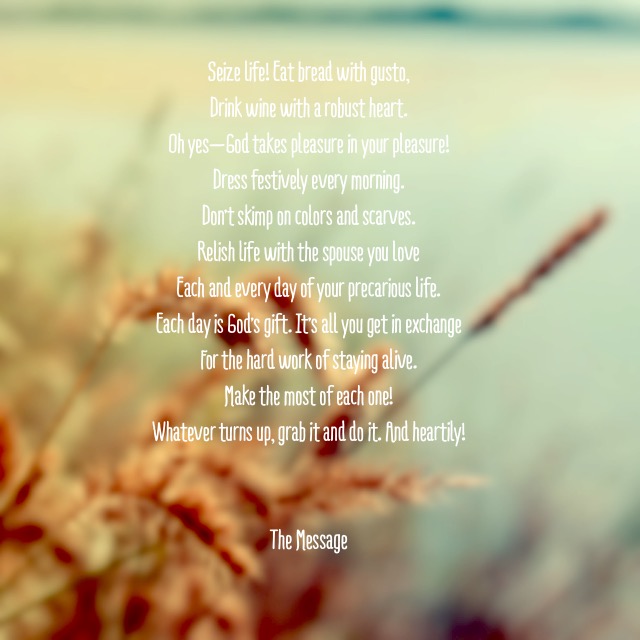 2 thoughts on “One Wild, Precarious and Precious Life”