I then began wandering about the many times people have had ideas and have said, “yeah, that’s crazy but let’s do it!” or “why not!?” I have stayed with this thought for quite some time lately. Isn’t it this kind of thinking that has lead to some of the best inventions or things that are out there? 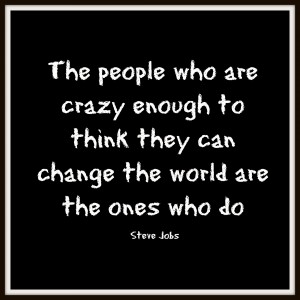 I know that this is a feel good quote that stirs excitement and that “changing the world” might seem unattainable but what if it is just about changing your world!?

I have been mulling this over and what if this could simply mean running with that wild idea that we would otherwise brush off. What about nurturing that wild idea until it became a reality and possibly changed our personal worlds?

What ideas have you been having that you might be brushing off as “crazy” or   “too hard?” What are your wild ideas lately? Which ones have you let go?

For me it was sewing myself a handbag. Too add to the crazy, I made it from an old pillowcase, by hand. For the longest time I have just been carrying my stuff in my hands and if I had extra stuff, I would use a plastic packet.

One day I had this spontaneous thought that I could make myself a bag. At first I told myself, “Nah, that’s crazy! I also thought, “that would to be a lot of hard work” and I left it there, in the pile of wild ideas.

I didn’t let the idea go altogether and started to imagine it a bit more and began to seriously consider the steps it would take to make it. As I began to nurture this wild idea, my thoughts changed to, “well, how hard could it be?” until one day I stumbled upon some fabric that caught my eye in a thrift store. It was an old pillowcase and I stood there folding the fabric, testing out my imagination in the shop.

It cost me $1.50 for the pillowcase and an old pendant and there I was, at home that night, cutting fabric, tacking pieces together and running with the wild idea of sewing myself a handbag. A few days later and I had new bag. 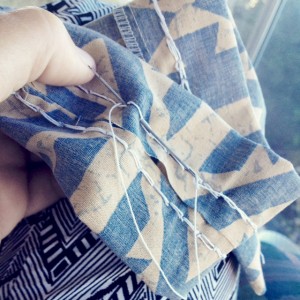 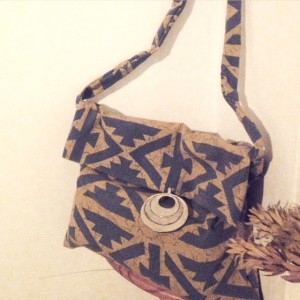 The funniest part of the story is this; while being an intern here at CSALT, South Africa, we have been volunteering at that same thrift store. When the bag was finished I went to show it to Rose, who works there and is an avid sewer herself. She was quite amazed as I said, look Rose, I sewed myself a bag. “Oh!” she responded, “how lovely!” Then I said, “I made it from an old pillowcase.” To which she replied; “I know, because that’s my old pillowcase.” And we stood there in fits of laughter for a while, neither of us expecting that.

When people comment on the bag I get to tell them this this funny story and I get to see their surprised faces as I explain that its been crafted from an old pillowcase. While it’s a simple change to my world it brings me so much happiness, I love people laughing to the part about Rose.

What wild ideas of yours need picking up from the “crazy” or “too hard” pile to be nurtured? 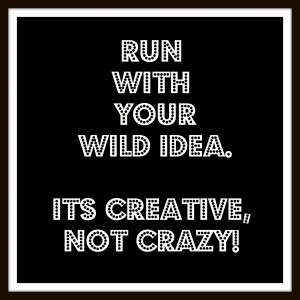 From the shores of South Africa,

One thought on “Nurture Wild Ideas”