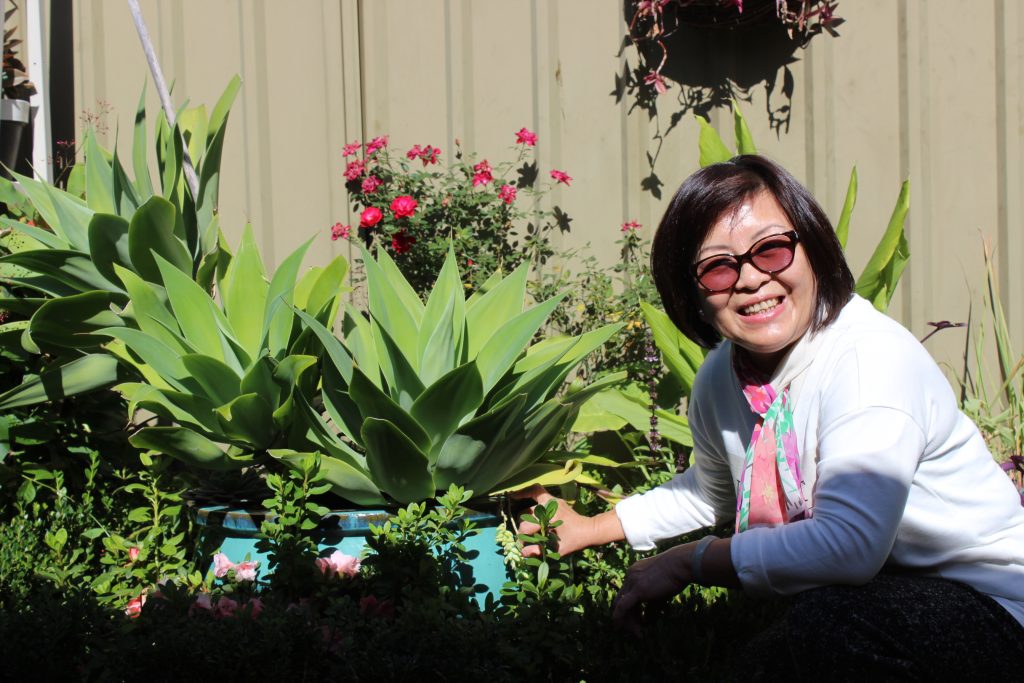 “We are very grateful for what Australia has done for us. When you put your foot down in Australia it felt like you were in Heaven.” Duc

Hoa (pronounced h-waa), whose name means ‘flowers of spring’ was one of the precious 52 lives who arrived in Sydney on a small boat on January 7th, 1978. She was a beautiful, young Vietnamese woman and the 22-year-old was quite sought after. There weren’t many young, single Vietnamese women in Australia, so Hoa had the attention of many young Vietnamese men. And though when they met on the boat, they were simply friends, Hoa and a certain young man – Duc (pronounced d-ewk) – maintained contact over the next few years.

Hoa’s family were Christians, and so was Duc so they had begun having church services, while on the boat. The small congregation continued meeting in a small room on Pitt Street in Sydney, which enabled Duc and Hoa to stay in touch, even though they eventually found themselves living on opposite sides of the city.

In a bid to impress her, Duc decided to take Hoa on a date. Back then, Bankstown had only one street of shops and it was here that they found an Italian restaurant. Having never eaten pizza, when they were asked by a waiter what they would like to eat, Duc pointed to what the people were having on the next table and said, “Same.” The waiter asked how big they’d like their pizzas to be. “I have my own pride, I don’t want my girl to look at me as a greedy man,” Duc says. So he ordered large – two large pizzas.

They couldn’t eat it. They ate perhaps one small slice between them and left the rest in the restaurant. These days, pizza is one of their favourite foods but it was ten years before they were able to enjoy regular Australian foods. Duc’s efforts and the expense paid off though. Hoa was impressed and thought he was “very brave.” And when he proposed she said yes and the pair were married in 1980 in Pitt St Uniting Church in Sydney.

The pair continued to work hard, determined to set themselves up in their own home and after moving around, living in different rental properties over the next four years, they managed to buy their first home in Plumpton in 1984. Soon after, their first daughter, Xuan An (s oo uh n )- which means ‘the peace of the stream’ – arrived. Hoa stopped working at the factory and stayed home to care for her small bundle of joy.

Raising children in a foreign land was difficult for Hoa who still had only limited contact with the Australian community and no exposure to media or western child raising advice. The pair raised their children together and, they say with a laugh, did the best they could.

Hoa laughs when she talks about the time when they asked some elder Vietnamese people what to do about little Xuan An’s blocked nose. The advice was to suck the mucus from her nose with their mouths. This seemed just too much and they’d heard that saline solution or salty water may help so Duc and Hoa decided to give it a try. They’d never heard of droppers so Duc went about finding a way to drop the saline solution into Xuan An’s tiny nostrils. He found some cotton wool balls, soaked them in the salty water and dropped it into her nose. The water went everywhere, overflowing her small nasal cavity and going all over her face. Alas, the water was too salty and dried out her skin. Her nose was clear but her parents were mortified!

As a young mum, Hoa often visited the local community centre with her children, seeking advice and health checks for her baby. When she started preschool, Xuan An couldn’t speak a word of English, simply because her parents, neighbours and friends all spoke Vietnamese so she’d never been exposed to the language. Xuan An picked up English quickly though and when Thien An and Nguyen An came along, she taught them to speak the language fluently. To this day she can speak Vietnamese and her teaching skills were so thorough that neither of her brothers can speak much Vietnamese; English is their first language.

Duc worked hard to provide for the young family, working during the day at a factory and driving taxis at night up until 1992. It was during one of his Taxi driving shifts that Duc had an encounter with a group Vietnam Vets which would change his life – and theirs (read Duc’s story here).

This story is part of the Refugee Project. Two years ago I began interviewing people who’d come to Australia for safety. It’s a project about hearing others’ stories and sharing our own in a bid to find connection and friendship.

When I met Duc and Hoa, they welcomed me into their Yagoona home. It is a lovely, modern home, filled with photos of their three children and three grandchildren; Evidence of three generations of their family living in safety and prosperity. Xuan An is an accountant, Thien An is in insurance and Nguyen An a graphic designer.

Duc and Hoa pastor a local church for Vietnamese people, caring for those who’ve only recently arrived, helping them settle into their new home. Duc and Hoa took me into Bankstown, showed me around the streets.

We stood at the memorials erected in the main street; one to remember the Vietnamese who have been lost at sea, the other to say thank you to the Australian community for giving them a new home. It was a sad moment. The little boy, forged from steel, standing atop the steel boat, depicting all the brave, desperate people who left their dangerous shores. He stared down at us proudly, but still, he was just a little boy, carrying the expectations and responsibilities of a man.

I felt naive, ignorant standing there in front of this memorial, this thank you plaque.

They call it Saigon Place. It’s where many Vietnamese people have found a home. It’s a bustling street filled with market stalls selling fresh vegetables and fruits I’ve never heard of, where freshly roasted ducks hang neatly in windows and where you can enjoy traditional Vietnamese food.

Walking around with my big camera, a stranger in the country of my birth, with no idea about where I was or where I was going, I searched the crowds for a familiar head of blonde, someone like me. My eyes landed on a blonde mass: it belonged to a Vietnamese girl who’d bleached her auburn hair. Her peroxide orange crop was the closest to anything resembling my own self. My awareness of ‘self’ was heightened, I felt ashamed to be so focused on myself but I longed for home and a place where I belonged and was ‘same’. It was a feeling I’ll never forget. I can’t imagine how it must feel to be in that situation every moment of every day, as so many of our refugee neighbours are.

Duc and Hoa took me to a Vietnamese café where we enjoyed a traditional lunch. They laughed as I tasted and responded to the textures and flavours of the foods, new to my palette. They laughed because they remembered their own responses when they first experienced Australian food. To share their food was to share in their culture. It was an honour.

To celebrate Refugee Week, I’m running a giveaway over on Instagram and Facebook. To win a copy of the beautiful book Tea and Thread: portraits of Middle Eastern women far from home, come on over.

Click here for more information on The Refugee Project.