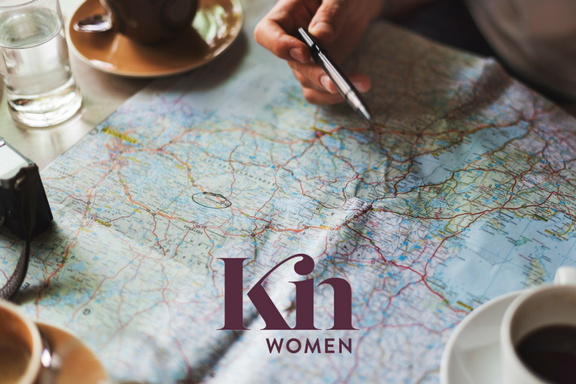 “What would happen, what would be lost if I stopped, or if I slowed down to a pace that feels less like a high-speed chase all day, every day?”
Shauna Neiquist

I remember the night of the last event I had in May 2016. In the four months leading up to that point, I had put 40,000km on my car, completed 4 inter-state travel trips, and rounded out the month of May with over 50 events in the month.

I won second place in the competition I was in, I got praise, accolade, and recognition. My business was booming, the money was flowing in. The speaking engagements were being thrown at me left-right-and-centre. I was in the limelight.

I was also in full swing exhaustion. My disordered eating was in full force, I hadn’t spent a weekend with my family in months. I was working until midnight most nights and living off of coffee and carbs.

But I wanted the accolade. I wanted to be the ‘it girl’ of the moment. I wanted my business to appear polished, perfect, and soaring. I wanted to prove all of my ‘nay-sayers’ that I could be a successful business owner. Really, I wanted to find myself in the accolades that were written on paper, or that others had of me. I wanted someone to tell me that I was valued, worthy, a star. I sought the affirmation from others of my worth.

My word for the year was ‘unfold’. 2017 rounded out as one of the most transformative, difficult, emotionally raw and free-ing years of my life. What I realised, is that my fear of not being enough was paralysing my ability to live within a life that I wanted. A life that I intentionally crafted. I stopped. I took stock of my life.

‘Was this really what I wanted?’

‘Was this the story that I wanted to write?’

‘Was this the legacy that I wanted to leave for my daughter?’

I have heard of the term the ‘in-between’ – the suspended space between the start and the euphoria of working through. 2017 was the ‘in-between’ and there were times when it dripped with rich insight and deep deep fear. The darkness of the dark and the most hopeful juxtaposition you can garner.

The in-between space of transformation is where the sweetness of the journey is unfolded. But it requires you to take the next step, to lean into fear, and to place boundaries so that you can learn the lessons you have been avoiding. So many of us want to run around it, avoid it, or race through it. The thought that we may have to be suspended in the unknown or the reworking of our lives is so paralysing that we miss out on the actualisation of our lives.

So as we start this year if you feel that you’re in a season of slowing down, do. Allow yourself to welcome the change of pace, the space to be suspended in curiosity for how a decision to change the way in which you’re living your life will unfold. The best thing we can do when we take the next step is to embrace the amazing change that we can create to cultivate a life that we are enamoured with.