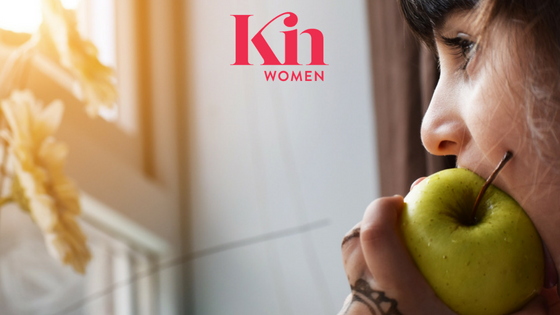 “You can’t eat beauty, it doesn’t sustain you. What is fundamentally beautiful is compassion, for yourself and those around you. That kind of beauty enflames the heart and enchants the soul.”

Do you have a word that is banned in your house?

The word I have recently banned is a very simple word, it is used every day in some households and growing up it was one I became very accustomed to.

The word is only four letters long, but it has filled me with fear most of my life.

The word is
DIET.

I was put on my first diet when I was about eight years of age and pretty much every year since I have embarked on some kind of eating restriction program.

The problem is it works sometimes, but mostly it has become an up and down regime of cycles of food addiction and complexity that has never helped.

I don’t want my daughter to grow up thinking that food is her enemy or her comfort.

The language we have chosen for our house is that food is fuel. That is it.

Food is not a reward.

Food is not a punishment.

Food is not comfort.

The word diet has been banned in our house because we want our children to grow up with a healthy sense of how to live a life that honours the body they have been given.

How do you feel about the word diet?

Join us for more conversation at kinwomen

One thought on “The Word Diet Is Banned In My House”