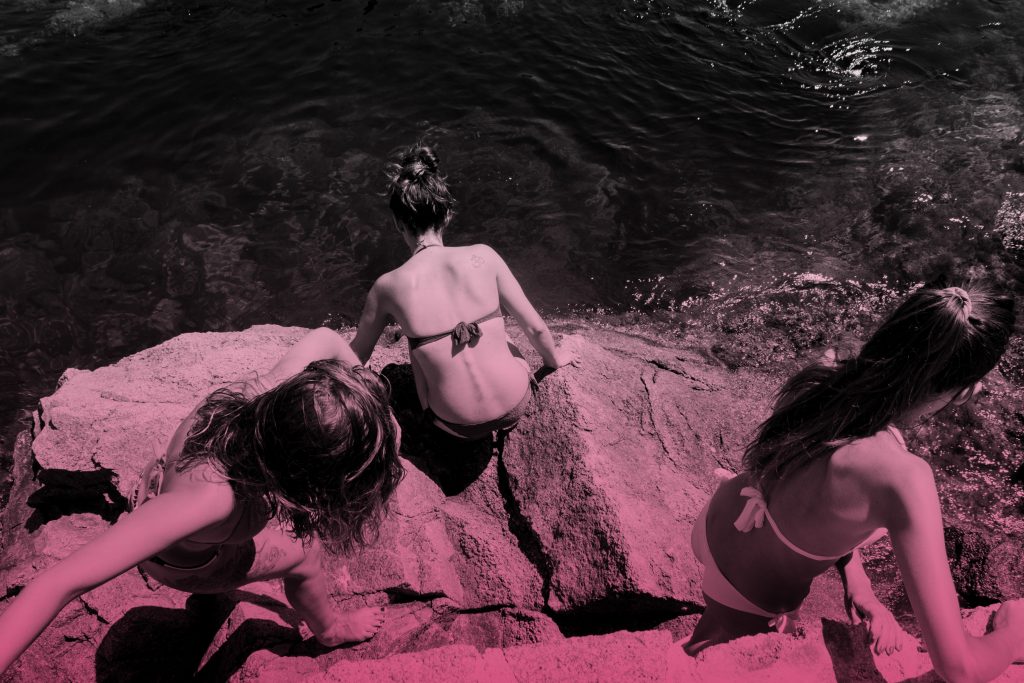 The Day Her Life Began (Again)

The day Lana’s life began again was just like any other. She got up, ate breakfast, showered, dressed, packed school lunches, put on a load of washing, ironed a shirt, and wondered for the millionth time, how she kept the pieces of her family’s life together.

‘Time to go.’ She kept her tone light, but her car keys jingled in her hand.

‘Get in the car now.’ Her voice deepened with the emphasis on ‘now’.

‘We’re going to be late.’ She ground her teeth. Her dentist’s warning that she would crack a tooth flashed into her head.  She flexed her jaw from side to side the way her dentist had shown her.

Petra, her eldest, was seventeen and not quite licence-ready and, after seventeen years of trying to get kids in the car, Lana was over it.

‘I’m going now. See you later.’ She let go of the screen door and let it slam behind her.

Once, she’d threatened that she’d leave if they weren’t ready and had driven off. The resulting grief she’d been assaulted with from the kids and her husband wasn’t worth it.

They came tumbling like puppies out of bedrooms and banged their way down the hallway. Herding cats had nothing on herding her three.

After the kids got out in the Kiss and Drop Zone, she took a breath–her first conscious breath of the day. How often did she feel she was holding her breath and dying from oxygen deprivation? Every. Single. Day

She sat in Lucy–her scratched up 2005 Subaru. Lucy had kept going after she hit 200 000 kilometres and was more faithful than her husband had turned out to be. She realised she was grinding her teeth again.

Horns sounded behind her. She’d broken the rules and hadn’t moved on after dropping the kids off. They’d been no kisses either. She was a bad mum. A bad school community citizen.  A bad wife too. Apparently.

She moved the Subaru Forester forward and pulled out. She almost hit a BMW that had given up waiting for her. A blonde Lorna Jane-clad mum whizzed past and shook her ponytail shake in disgust.

Lana’s heart raced, her foot quivered and she could hardly press the accelerator. She forced her face into an apologetic smile that was too fake and too late.

Tears threatened to turn to sobs and she turned towards home. There was no way she could face an office full of people who looked at her for direction. She was a digital copyright lawyer and the thought of talking about fair use when she felt used, abused and neglected was too much. Her life wasn’t fair use.

She phoned work and told them she was taking a mental health day in accordance with the last EBA agreement.

When she got home, she peeled off her suit and put her pyjamas back on. Was 9 am too early for wine?

She scrolled through the highlight reels on Instagram. Perfect hair. Perfect teeth. Perfect smiles. Perfect lives. She threw her phone into her Prada handbag. Her one perfect possession. She stroked it and felt her breath slow. It was her touchstone. Her proof that she was a successful person. She owned a Prada bag. Genuine Prada, not Bali-fake Prada.

She closed her eyes and wondered how she’d arrived here.

When she was little she took toothpicks and paddle pop sticks and glued them together into houses and towns. Miniature plastic people lived in the houses and the families who lived there had perfect lives.

Lana made up names, created stories, sang songs, even danced, as she created a world within her world. There was nothing more she loved than making things, but she couldn’t think of a time in the last twenty years that she’d made something besides dinner.

If anyone had asked her what she wanted to be when she grew up, it would have been a builder or an architect or a dancer, but she’d been corralled by her parents into the law.

Her oldest child’s craft table was littered with a rainbow of paper clippings, glue sticks, textas, glitter, dried petals, and other dross of making. Petra knew how to create. She hadn’t grown out of it, even when her siblings teased her, even when her friends laughed at her, even when her mother told her to grow up.

Shame washed over her like a hot flush. How dare she treat her daughter like that? Squash her fun. Wound her with criticism.

Before he left, her husband told her she was disengaged, disinterested, and disillusioned. He couldn’t stand it anymore. He was going to live with a girl half his age who was fun, exciting and most of all, interested.

His words seared her soul. She thought she’d been doing the right thing. Working hard. Taking care of everyone else. Making all the pieces fit together.

But now the pieces were scattered. They flew out of her control like bean bag beans—once they escaped they flew to every corner. You could never get them all, even with a Dyson.

She picked up some coloured paper and began cutting it into triangles. Red. Blue. Purple. Green. Yellow. Black. She picked up a piece of white paper and glued the triangles into a mosaic. It felt good to stick those little pieces in place, even though she had no idea of what pattern would be created.

When she stood back she could see a maze. A purple path wove through multi-coloured obstacles and ended up in the centre. A smile tweaked at the edges of her mouth and her heart danced a few beats. She’d made something. Just for the sake of making.

Her life was complicated, messy, busy, full of shame, and boredom. But, it was her life.

She could feel something deep in her belly. A stirring. A revelation. An epiphany.

She grabbed a pencil and sketched a woman standing at the entrance to the maze.

The woman would walk through the maze. Today her life would begin. Again. 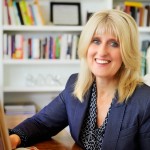 4 thoughts on “The Day Her Life Began (Again)”