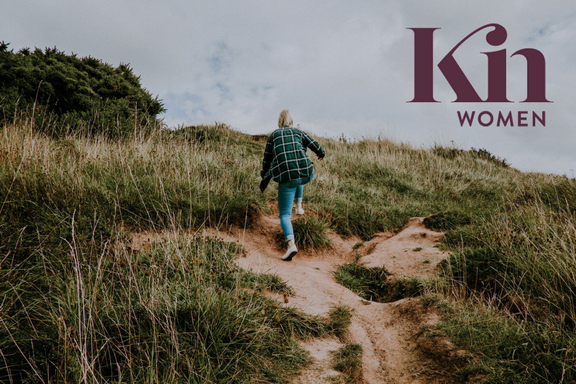 “When in doubt, just take the next small step”

This month my youngest child started full-time school.  With my house now strangely quiet, I’m allowing myself some time to reflect on my parenting years so far.  I remembered a pivotal moment where I learned something about getting to NEXT in the midst of confusion.

To be honest, I was in survival mode for those early years. I had two kids under two and felt overwhelmed by all the responsibilities.  The sleep deprivation hit me hard.  I was juggling the needs of a newborn and a spirited toddler who didn’t want to nap or be a big sister yet.  My toddler also had numerous episodes of asthma which landed us in the emergency department every 6-8 weeks.

I was exhausted and overwhelmed, not only by the physical demands but also by the number of decisions I needed to make.  I was googling everything to try and work out what I ‘should’ be doing, then felt overloaded by so much information.

I also worried about how I would cope with seemingly bigger challenges on the horizon.  Like the next time my toddler was unwell, or the crawling stage or how on earth I was going to leave the house with both kids and get to appointments on time!

I liked the idea of ‘embracing the chaos’ and ‘going with the flow’, but I was too anxious to let go.  I thought maybe it worked for those really chilled out mums, but it’s impossible for me.  The mental stress had become a burden and I was praying for a change in perspective.

One day during a chaotic moment, the thought popped into my mind, “Stop trying to figure it all out and just change the next nappy.”

Righto.  It was a bossy thought that cut through all the noise and confusion.  It was the wisdom I’d prayed for.

Between both kids, I was changing up to 17 nappies a day, so the next nappy change was never far away.  ‘Just change the next nappy’, became my new mantra.  I would say it to myself as a way of bringing my mind back to the present when I started to panic.  It was a way of reminding myself that I didn’t need to solve every problem straight away.  I just needed to take the next small step.

It was simple, yet transforming for me.

I found that my confidence grew once I focussed on the little steps and celebrated the small victories along the way.  I may have been unsure how I was going to handle the next tantrum or get through the rest of the afternoon with no nap, but at least in that moment, everyone had clean bottoms!

We’re out of survival mode now and the nappies are all gone. Hurray. I’m happy to be on the other side of those early years, but I’m grateful for what they taught me.

Too often we try to work it all out, thinking we’ll feel more confident and relaxed once we do.  But life is unpredictable and we can never be fully in control.  The stress of overanalysing stops us from doing anything.  When overwhelming feelings start to creep in now, I remind myself to look for the next little step.

Who said we need to have it all figured out?

Our small steps matter and are enough for today.

3 thoughts on “Take the next small step”