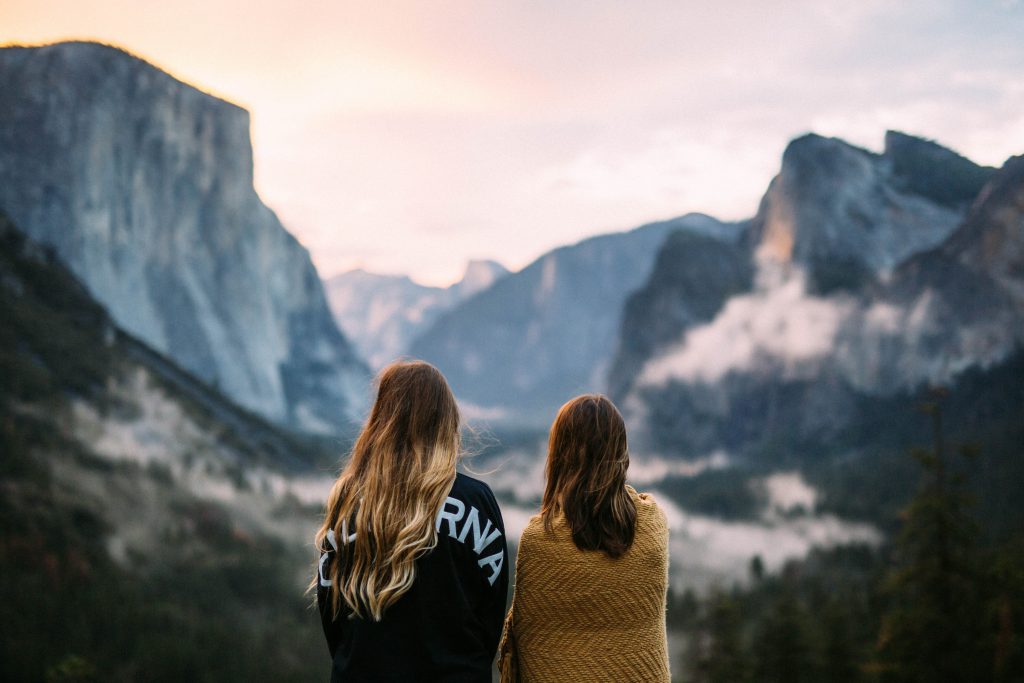 There are no regrets in life, just lessons.

I have many reasons to regret the choice to climb Kilimanjaro.

The mountain is 19,341feet (5895m) and altitude affects you very early on. The lack of sleep and extreme physical challenge make it feel like you’re in a military training camp and ‘they’re’ trying to break you down.

Day One and Two involved walking for only about four to five hours and felt manageable.

On days Three to Six, the pain set in. Day Three saw us ascend to where altitude affected us and a pain-filled climb to reach a beautiful viewpoint caused our conversations to be reduced to breathless phrases instead of complete sentences.

On Day Four, we climbed The Barranco Wall, descended the other side, climbed up over the other side and along to our camp. After climbing for about eleven hours, we had dinner, slept for a couple of hours and were woken at 11 pm.  At midnight, we started to climb to the summit.

It was freezing, despite the fact that we wore four layers all over our bodies. Our backpacks grew heavier and the three litres of water we carried froze.  We could hardly breathe and took one step at a time as we climbed ever higher. People affected by altitude sickness vomited and struggled to breathe. Some were delirious and had to be carried down the mountain.

The mantra in my head was, ‘One step at a time.’

The sun came up and we still hadn’t reached the summit. Hundreds of people ahead of us were spread out in a steady stream and showed us just how far we had to go.

Hours later, we reached Stella Point–the false summit. You can get a certificate for reaching Stella Point, but is it worth stopping there and never getting to Uhuru Peak, the actual summit?

I continued on. I almost gave up twice. It was too hard. Each step was a feat in itself.

I got there and it was anticlimactic. I just wanted to get down the mountain and away from the suffering.

As we headed down, a sense of euphoria began to spread through me. It was the lowering altitude–a physical response.

We descended down a shale wall. It was like skiing with walking poles. It took me five and a half hours of pain-ridden misery to get back to base camp. One other guy from our group passed me, carried by porters as he was suffering from altitude sickness.

When I finally got back to camp, I was told to have lunch and pack my stuff as we were about to walk twelve kilometres to the next camp.

I’d had no sleep, I’d summited and descended from a mountain, my feet were bruised and sore. How could I possibly walk twelve more kilometres? Downhill?

I was told we’d walk along a road. Think a dry riverbed that winds its way down over twelve kilometres–it wasn’t a ‘road’. Every step was a pain as I stepped over rocks, climbed down rock faces, and trudged ever onward.

I finally arrived at the camp as everyone else was finishing dinner. My feet were sore, my knees killed, and my back screamed when I bent over.

I went to sleep and woke up at six am to find that we had another downhill ten-kilometre walk to complete the trip. My feet cried–a lot.

Since the descent to Base Camp, I couldn’t fit my hiking shoes on my feet. ­Fortunately, I had some casual shoes that I could walk in.

I limped all the way to the end of the walk and cried a little along the way. What was I thinking?

I’d achieved something that many wouldn’t be able to do. I’d persevered.  I could hardly walk and I wasn’t sure my feet would ever recover, but I’d done it.

That night, after a shower, a debrief, and dinner with the team, the expected sense of euphoria didn’t come. It was just relief that it was over and I looked forward to getting home.

I’ve been home three days now, my toes are still sore and I can still only wear one pair of shoes, but I have a certificate that says that I’ve climbed the highest free-standing mountain in the world.

The week before, I’d been with Water for Africa, praying for people and helping to provide assistance to them. I’d seen women carry water for kilometres, children carrying tree trunks, people suffering from the lack of medical care.

They say you should walk in another person’s shoes to understand them.

I paid for the experience of climbing the mountain.

I chose to climb the mountain.

I was fulfilling a personal goal.

My life is not spent running up and down the mountain like the porters who carried our camping gear and food.

My life is not spent carrying water for my household.

My feet will heal. I’ll tell the story of the time I climbed Kilimanjaro.

While my body may feel regret, my spirit says, ‘No regrets.’

I could have stayed home.

I could have taken it easy.

I could have chosen not to expose myself to others’ suffering.

I learned that I can do hard things. I have perseverance. I have courage. I have endurance.

I have no regrets.