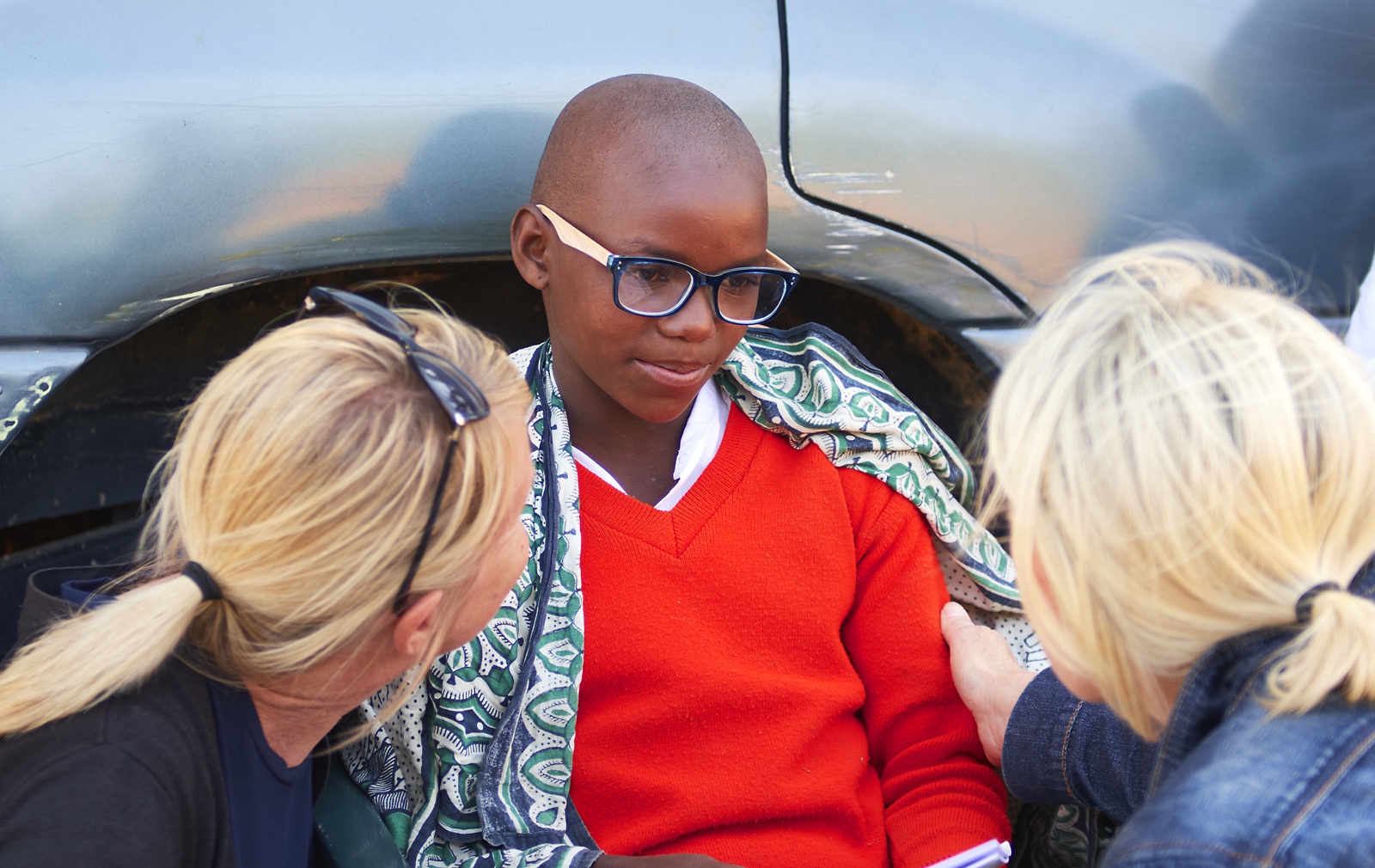 Two weeks ago, I was in a remote village in Tanzania with the team from Water for Africa. They’d put in a well in the village and were conducting a medical clinic. As you can imagine, the health care available to these villagers is limited, expensive, and often not up to standard.

Villagers lined up, were driven in on motorbikes, shuffled and leant on sticks, or were carried. It was all very biblical with people hoping for healing.

With limited resources, the medical team did what they could, but for some people, all they could offer was prayer.

A person was deaf. They prayed and they were able to hear.

A person was mute and they able to speak.

People had pain and it was taken away.

A young schoolgirl was brought to the team by her mother. Her mother told us her name was Lola and that she had headaches and couldn’t see very well. Lola shook with fear and shyness.

Lola’s tears slid silently down her face and the shaking increased. She was afraid. She was desperate. She wanted to study. I could see she was an intelligent girl, there was a light in her eyes that told me that. She was fourteen years old and, if she lived in Australia, she’d have had help.

Something in me made me go to the car and get my reading glasses. We told Lola to put them on and someone gave her a Tanzanian Joyce Meyer booklet to read from. We asked her if she could read better with the glasses.

Her face lit up and she read from the book in a whisper we could hardly hear. Her mother’s eyes filled with tears.

The interpreter asked her if she could read and did her head hurt?

The glasses helped her to see the words and she was able to read without pain.

I have glasses because my eyes have deteriorated with age. I like funky glasses and had purchased these ones in Italy. I loved the blue colour and the wooden arms. As I looked at this girl, I could do nothing except tell her that she could keep them. I wasn’t sure if I had a spare pair of glasses in my suitcase, but I knew I wouldn’t be back this way and that this girl needed these glasses more than me.

Was there a twinge of regret? For a second. I knew that I wouldn’t get another pair exactly the same, but I could buy as many glasses as I wanted. I could put up with a couple of weeks without reading if I had to, but this girl?

This girl didn’t have the resources to get glasses or her eyes checked in the first place.

There are organisations that provide glasses and do eye checks, but not in this region and not today.

Some days you have to make decisions on the spot and do what God prompts you to do.

Giving away my favourite glasses was nothing. The joy of a school girl being able to read was priceless and far outweighed any regret.