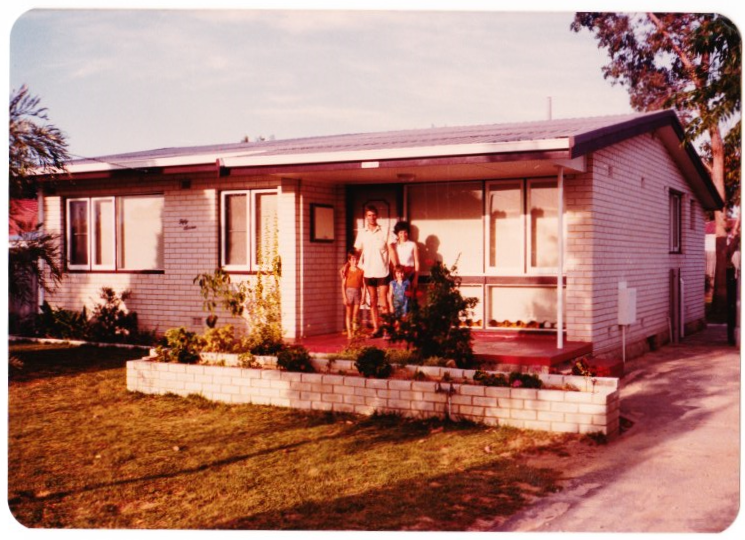 Do you remember the times of the milkman? The milk truck slowly gliding through the streets as the milk bottles were delivered right to your doorstep early before the breakfast rush.

Back in the 70’s, when I was just a young little tot, a fresh bottle of milk was delivered to my parent’s front doorstep every morning. Convenience plus I say. One morning when my mum opened the front door to collect her fresh milk, the bottle wasn’t in its normal place. It was well and truly missing. The next morning was the same. And over the next little while it happened again and again. The milkman was still delivering and the delivery order was still in place, so clearly someone had taken a fancy to my parent’s fresh milk.

Mum and dad scratched their heads and considered their options. They soon came up with a very plausible possibility about the disappearing milk bottles and the identity of the thieving culprits.

So what were they to do? Would they storm over to the suspected neighbourhood thieves and confront them harshly? Would they leave a nasty letter in their letterbox? Would they start spreading rumours in the street about these worthless pieces of humanity who would dare to steal their young family’s milk? Perhaps if they really wanted they could report them to the local police for theft.

It was all within their rights to make a scene. They were completely justified if they felt angry and frustrated. It would have made sense if they felt the need to warn all the neighbours of the thieves in their midst and make life uncomfortable for them. After all, what kind of person would steal another person’s bottle of milk?

But my mum and dad chose a different path. One morning when the milkman delivered, dad rose early and made sure he took possession of the morning delivery. He then proceeded to the thieving neighbour’s house and rang their doorbell. Taking them by surprise he simply said, “I believe you may be in need of some milk this morning.” Apparently, they were speechless.

Dad gave them a smile and walked away. Needless to say there was never another milk bottle stolen from my parent’s doorstep.

Christmas has come and Christmas has gone. But all those things we associate with the Christmas holiday – things like generosity, peace, joy, love and kindness – need not disappear with it.

I read a brilliant peace by Natasha Moore last week, featured in The Canberra Times and well worth a read. She writes of this unexpected kindness as non-complementary behaviour. Behaviour that isn’t just responding to somebody else’s kindness, or being kind to those we love, or to those who prove themselves worthy, but a kindness that calls for love and generosity in the face of mistreatment, hate and unkindness. It is the opposite of what we think is right, or fair, or expected. It is kindness that attempts to break the anger and pay-back cycles and takes people by surprise. It is not an easy thing to practice.

Natasha writes of Martin Luther King who practiced this principle by meeting violence with peace. King modelled his behaviour on that of Jesus Christ – the same little babe who’s birthday we’ve just celebrated at Christmas. In Natasha’s words,

To meet anger or hatred with its opposite instead is incredibly difficult to do – but if we can pull it off, it has the potential to be a circuit-breaker, to completely transform intractable situations.

As this year of 2016 comes to a close, let’s consider how we can be circuit-breakers in our families, our neighbourhoods and our world. It’s not an easy thing to do but its impact is immeasurable.

One thought on “Mum, Dad and the Milkman.”