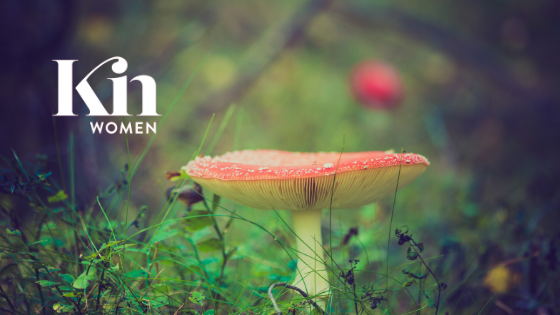 “When you walk to the edge of all the light you have and take that first step into the darkness of the unknown, you must believe that one of two things will happen. There will be something solid for you to stand upon or you will be taught to fly.”
Patrick Overton

There have been lots of times when I’ve felt like I was on the edge of a cliff and I had to take a big breath and step off–moving towns, climbing a mountain, parachuting out of a plane, writing a book, doing a TEDx talk, having children, getting married, changing careers.

A few years ago, my husband and I went on a trip to the Gold Coast in Queensland, it was four days of fun and ‘us time’.

We ate out, swam, went sightseeing and enjoyed staying in a beautiful hotel.

There are many adventurous activities to do on the Gold Coast. Boat trips, kayaking and jet skiing are just a few.  We went to the information counter in the hotel and enquired about activities. I was excited about a day trip involving sea kayaking and snorkelling.  My husband was not interested at all and he said if I wanted to go myself that was fine.  (So much for us time!)

Unfortunately, the trip was booked out.  I was so disappointed.  When we go on holidays we always try to do something adventurous–something we’ve never done before and something we’d probably never do in normal circumstances.

Steve picked up a brochure advertising tandem parachute jumps. He said, ‘What about this?’

I replied, ‘Well, if you’d like to go that’s fine with me, you’ve always wanted to do it’.

‘No’, he countered, ‘Both of us’.  He turned to the woman on the information counter and asked her to enquire whether or not there were two places for the next day.

My palms immediately went damp.  My pulse raced.  Did he say both of us?

The thought of going up in a perfectly good airplane and jumping out at 10,000 feet was not something I had aspired to.  Well, I suppose it’s ‘us time’, I thought.

To cut a long story short, the next morning at 8.30am we were at the airfield having five minutes of instruction and filling out disclaimer forms telling everyone that if we died then it wasn’t their fault –it was ours.

We went up in a tiny plane with one seat for the pilot.

He had a parachute.

There were two instructors with parachutes.

We didn’t have parachutes.

As we circled up to 10,000 feet, I enjoyed the view and the ride.  Surprisingly, I didn’t feel any fear.

We were strapped to our instructors and, when we reached an altitude of ten thousand feet, they opened the door. I elected to jump first as I thought if I saw Steve jump first I wouldn’t go. When I looked out and saw the land below, I grabbed the only thing I could reach–the pilot’s seat.

My instructor, to whom I was attached by a single metal clip said, ‘You’ll be fine’ and jumped out.

My eyes were closed and I gripped the straps connecting me to my instructor. It was strange, I felt as if I was being held up in the air.

I opened my eyes and spread out my arms as if I was flying rather than hurtling towards the ground.

As I was up there in space, so to speak, I was thinking about God.  This is faith, I thought.  This is like when people talk about a step of faith. My faith at that point was in a silk parachute and a human being, but I was also thinking about God and how He held my life in His hands.  Yes!  I really did think about God.  Wouldn’t you if you were in a potentially life-threatening situation?

We landed safely and the adrenalin rush hit me like a brick, but I’d done it.  I’d jumped out of a plane.

Taking this risk taught me to be brave. It taught me that I can do hard things.

Relationships are a risk, opening yourself up to another person, loving them and trusting them is a big risk.  Career choices, investment choices, writing books–all can be risks.  If we never step into the unknown, our lives would be very limited.

Stepping into the unknown is scary, sometimes people might think we’re stupid, it may be easier to stay in our comfortable present, but if we don’t step out, we don’t ever learn to fly or how to land safely.

2 thoughts on “Learning to Fly”