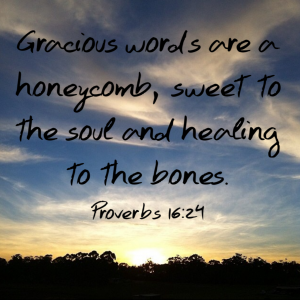 I was travelling on the bus the other day for a family outing. It was crowded. Numerous prams, people standing, and everyone looking ahead so as not to encroach on another’s personal space. My brother had my 7 year old daughter sitting on his lap and his 9 year old daughter crowding in close as well. A middle aged woman was sitting next to him near the window. Half-way through the trip she turned to him and gruffly said “Don’t touch me”. It seems that the hat he was holding had inadvertently touched her leg. He, always gracious, apologised and proceeded to attempt a friendliness by asking her which stop she was getting off at. She promptly replied, “None of your business, just don’t touch me.”

My immediate response was to respond sarcastically, to retort, “Buses are busy, crowded places, a little patience and understanding wouldn’t go astray”. However, I then began to wonder about her story, about her life. What injustice might have occurred in her journey that would leave her so vulnerable, untrusting and self-protective?

I began to think about how I could respond differently. How could I show compassion and kindness to someone like this who is openly abrasive and defensive and perhaps perceives each interaction from a stranger to be of ill intent?

The day after this incident I was listening to a talk about ‘Kindness at Christmas’ and I was reminded of how the dominant thinking (particularly among parents of young children), seems to be that Santa is watching and if you’re good you’ll get showered with gifts, but if you’re naughty you just might miss out. Nothing tells this story more clearly than the song released in 1934, “Santa Claus is Coming to Town”.

Interestingly, Santa Claus originates from the legend of Saint Nicholas, who, it seems, didn’t talk of kids being naughty and nice but rather showed kindness by delivering good things to those in need. Giving of gifts was not about something earned or deserved, but rather about reaching out in kindness and care. This is quite a different story to what has evolved around the present day Santa Claus.

So what does kindness at Christmas mean? Surely it is about fun and laughter for the kids, about giving generously to our family and friends and showing appreciation to those who have given us love and care. There are also numerous ways we can share the love a little further afield by donating gifts or money for needy kids or families overseas. But what about extending kindness further than this?

In what ways can we extend the hand of kindness, compassion and graciousness to those who seem a little unlovable, underserving or abrasive? How can we find ways to shape a different story?

One thought on “A Different Story”