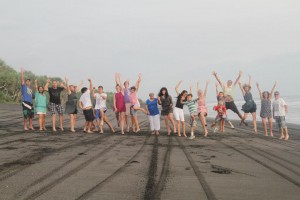 I recently read research indicating that by 2011 fathers had nearly tripled the amount of time they were spending with their children as compared to 1965 (from 2.5 to 7.3 hours per week). No doubt this trend has been heavily influenced by research findings revealing the impact that a dad can have on his family and children’s emotional and social health.

It got me thinking about my dad – one of the 1965 variety – and a fabulous one at that! What do I mean by a ‘great dad’? Did he break the ‘2.5 hour’ mould and spend immeasurable amounts of time with me? Probably not. Did he take me out on formal ‘dates’ to spend time with alone? No, that rarely happened.  So what did he do?

Well as I thought about it, it all became clear. He didn’t just give me ‘time’, he gave me memories – wonderful stunning memories. Memories that today, twenty years after he died, play out as stories about what he did, what he shared, where he came from and how much he loved me. Like the time he took the four of us kids to the local shop and announced, ‘Choose an ice-cream – anything you like’.  Well, we were excited – no twin poles on the regular budget today.

So after seeming hours of review and the disapproving glances of the shopkeeper who clearly thought we were dreaming, we chose two Giant Sandwiches and two Hazelnut Rolls and marched them up to the counter. The woman glanced over at my father, looking for his say so, to which he said, “Yes we’ll have two.” She looked confused, as did we all, until he added, ‘Yes, two boxes – one of each of those love”.  Our faces changed from crestfallen to elated. Not just ice creams for us but boxes of them. Every time he did things like this (and he did them consistently), they became stories in my memory bank that more than 40 years later evoke memories of love and pride that my dad could feel like this about us! We weren’t just worth the best ice cream in the place, we were worth the whole box. 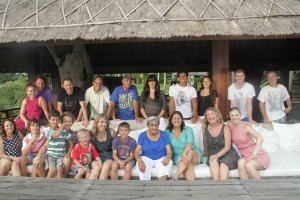 You see, the research comes as no surprise – dads spend time with your kids, don’t simply give them things but be with them – it really makes a difference. But can I add, i

n addition to the ‘currency’ of time is the ‘currency’ of memories – create memories, great memories that even twenty years after you’ve passed away, your kids are still telling their kids about the ice cream that changed their lives.

(Photos taken at a whole family holiday in Bali, earlier 2013)