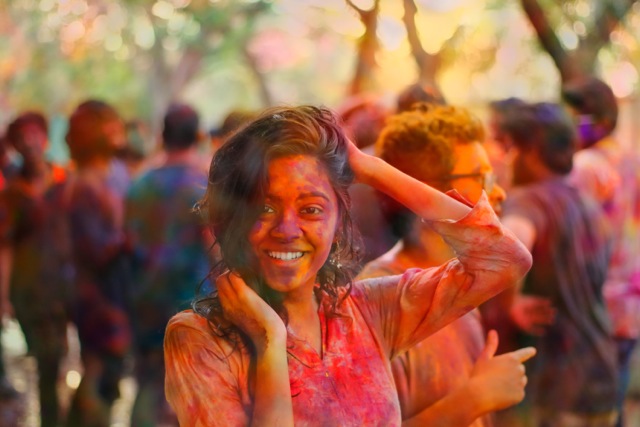 In a month talking purpose, there are stories that jump out at you. I don’t think our ‘call’ is something to be compared or measured. It is what it is for each of us. We’ve all got unique contributions. We’re just asked to run in our own lane and on this visit to India with the Foxglove Project, I came across a woman who is doing just that. Some stories can’t be introduced in a limited number of words. Forgive me for that. But if you dare, I’d like to introduce you to a woman in India who is saying ‘yes’ to her purpose.

Dr Savita is a force to be reckoned with. Impossible to ignore. Irrepressible. Passionate. Emotive. Driven. Yet quietly spoken. Careful with words. And honest with feelings. She’s concerned at making us uncomfortable but acknowledging her work is an uncomfortable business for most. You see, she leads an HIV Aids hospital on the outskirts of Delhi. I say ‘Helping people to die with dignity’. She corrects me, ‘No, helping people to live with dignity’.

This is the only private hospital treating aids patients in a city of 20 million and a very conservative estimate of 60,000 HIV positive. In addition, that number does not recognise the 30,000 members of the transgender community (20-40% total transgender population) that fall outside of the statistics. Her hospital is where so many of those living with HIV come for ongoing medical care (government provides the anti viral medication).

But more importantly, it’s where they come for love and acceptance. And they get it by the truckload.

Don’t get me wrong, she’s eminently qualified in medical terms. She’s a 41-year-old doctor specialising in HIV. So looking about the ward, I ask her, “How did you get here?”  She responds, “It’s a calling. I was 16 years old when I heard about this disease and what it does to people. The physical destruction. The social isolation. The family rejection. I decided as that girl in high school that this was my life call.” 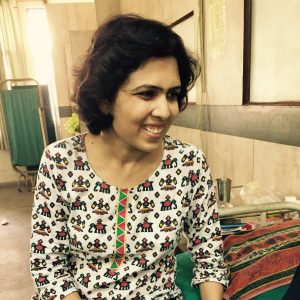 She fights every day for access to services in a culture that alienates this vulnerable group. She cajoles other health professionals to commit their services and their hearts. She works tirelessly to raise funds that will keep the hospital afloat for a target group that cannot respond to the development community’s call for sustainability.

And then she slips into the hospital ward wordlessly to gently sit with patients on the brink of eternity. She takes an older man’s hand and recognises his breathlessness. Calls for a nurse. Takes his vitals. Settles him with a touch and a word. Then moves to Munji. An 18-year-old with only days to count in his young life. She leans in close. Looks him in the eye. He has HIV AIDS and end stage Hodgkin’s lymphoma. She’s already told him that this will be his last visit to the ward.  Now she follows through with whispers of grace and worth and peace. His eyes are fixed on her. They’re drawing every bit of strength they can muster. I move close too. I touch his arm and stroke his leg. I want him to know as much love as we can each find. His mother stands by his side. She’s lost her mind they say. Psychosis. And I understand. Perhaps I’d do the very same. Yet, Savita brings a deep peace and tranquillity to the moment that must be divine. We’re all transfixed. Focused on Munji. Holding our breath as he holds his. Then we move away and trust we’ve given enough. I know she has. She’s given her all.