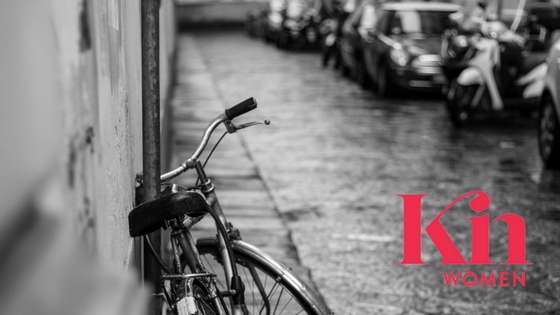 “Compassion is the keen awareness of the interdependence of all things.”

I pulled up at the intersection and waited for the light to turn green. An Aboriginal boy of maybe 15 stood in the road several cars ahead of me, a cloth and a bottle of green liquid in his hands. I didn’t want my windscreen washed. It seemed like a hazardous occupation that I didn’t want to encourage. As the boy walked toward my car, I averted my eyes, not wanting to draw him in.

After he passed, I watched the boy in my rear-view mirror, and compassion stirred in my heart. I looked in my purse.

I only had two dollars. It hardly seemed worth calling him over. But I also had a giant cookie. A certain supermarket bakery had just begun producing these massive, delicious granola biscuits. They were so good that my husband banned the kids from eating them. When I put it in my handbag before work, I was already looking forward to the morning tea break.

I wound down my window and called out to the boy, “excuse me!”

He came over to my window. He was very thin and he smelled very bad.

“Hey,” I said. “I’m sorry- I only have two dollars. But I also have this really excellent cookie.” He held out his hand and I gave him the money and the ziplock bag with the biscuit. “Have a great day!” I said.

“Thanks,” he mumbled without enthusiasm and shuffled away.

There was a lot of love in my heart for that young man. It is difficult to explain it fully, but I have a lot of deep feelings about Indigenous West Australians. A mixture of sadness, shame, and hopelessness combined with a sense of awe, admiration and deep respect.

I had the privilege of immersing myself the study of literature produced by Aboriginal writers when I was an English teacher. Short stories and plays by Archie Weller and Jack Davis, films such as ‘The Rabbi Proof Fence’ and non-fiction writing by honest researchers such as Carmel Bird helped give me a good understanding of the pain and suffering inflicted on Indigenous Australians during the decades in which Aboriginal children were forcibly removed from their homes over a period of more than 65 years, right up until the 1970s.

These texts, as well as from the ‘Bringing them Home’ Report; the Australian National Inquiry into the separation from Aboriginal and Torres Strait Islander children from their families, reveal gross violations of human rights- the attempted genocide of an innocent people group, pain inflicted, loss of language, culture, connection and identity.

When I looked at that Indigenous boy in my rear-view mirror, I remembered that his life has been deeply affected by this pain. The fact the forcible removal stopped almost fifty years ago makes no difference- the agony will roll down through many generations.

When I see an Aboriginal person, I want to show them that I care, that I have read the stories of their people and I know what my people have done. I want to say that I am deeply sorry. It burdens me greatly.

The light turned green and the cars started to move through the intersection.

The boy had stopped and stood a short distance away. As I drove around the corner, I saw him pocket the money, and toss the biscuit on the ground.

I felt a small stab of rejection as he threw the food away.

I arrived at work and switched on my computer. I couldn’t get the boy out of my mind. I started to wonder whether I’d done the right thing by giving him the food. Did I shame him in front of the other drivers? Did I force myself on him? He was trying to work for money. He had not asked for a handout.

I share an office with one of the most incredible women in the world. I’m not overstating it when I say it is probably not possible to find a more qualified person in the nation to ask about the small incident at the lights.

“Sue, can I ask you something?”

By the time I finished explaining to my colleague what had happened, tears were welling in my eyes. I felt a little bit silly. It was just a boy and a cookie. But Sue understood.

Sue explained to me that the motivations of my heart were good and that I should continue to respond in love. She said she knew that my motivations did not come from a place of superiority or judgement, but from genuine care and a desire to be a blessing.

She pointed out that throwing the cookie on the ground represented the boy demonstrating his freedom. “You gave him the biscuit. You didn’t force him to eat it. You respected his right to choose.”

This world can be a tricky place. We can extend the hand of friendship and care and have it thrown back at us. But I think it’s important to stay soft and to keep loving. To check the motivations of our heart and know that when we are acting in love, it’s worth taking risks.

If I was to encounter that scenario again, I would have asked the boy if he wanted the cookie instead of just assuming he needed it. I wouldn’t be so presumptuous. But I will keep on loving and having a soft heart.

And I will continue to pray for the healing of our Indigenous people.