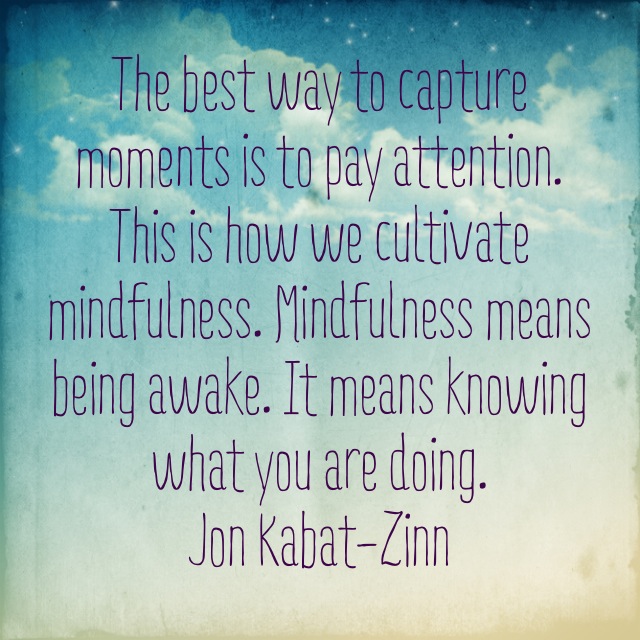 I’ve been to a few weddings recently where the bride and groom requested the guests turn off their phones and cameras. They wanted their guests to enjoy the proceedings without filtering the experience through a screen.

Something important changed between the 2005 announcement of Pope Benedict XVI and the 2013 announcement of Pope Francis. Looking from the rear of the crowd in 2005 you could see a few people holding cameras. Skip to 2013, and there was a sea of iPads, smart phones and cameras.

Do we ever stop and just enjoy concerts, weddings or walks in the bush without viewing it through a screen and posting about it?

I post as much as anyone, but more and more I love just experiencing things without the filter of a screen. Things like: 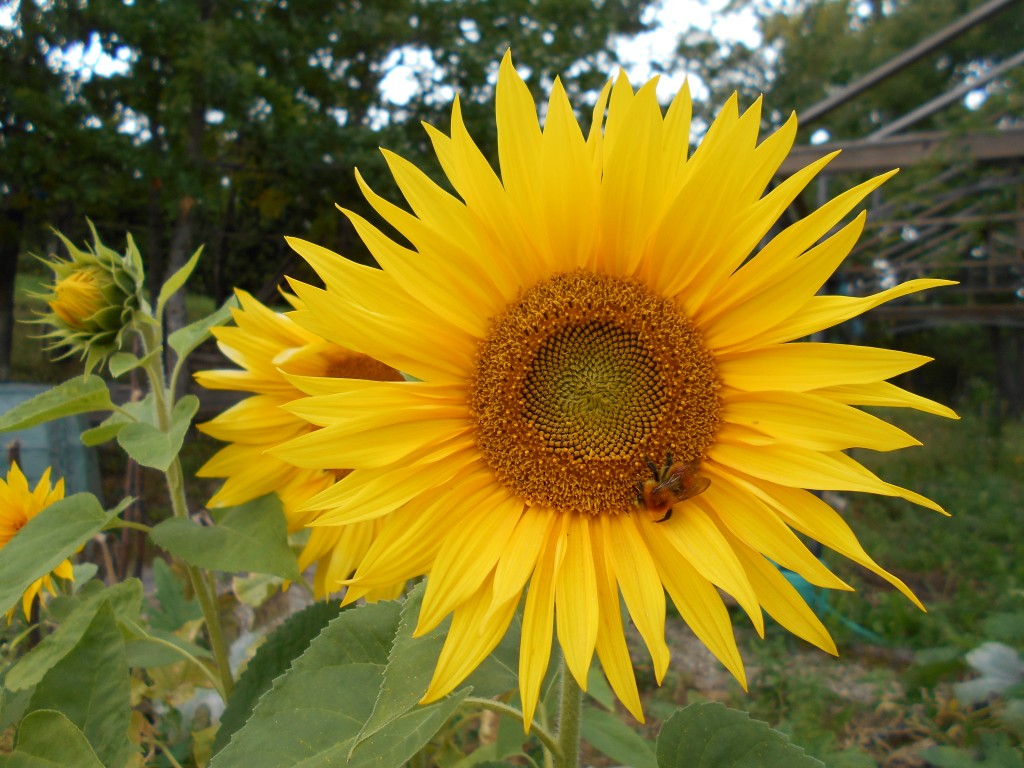 We’re so busy trying to capture each moment on screen sometimes that we forget to enjoy where we are, who we are with and what we are doing.

As we intentionally see, taste, touch smell and hear, we experience the moments of life fully.

In September, I attended a writers’ retreat in Tuscany. It was fabulous to be in a quiet farming region with twelve others for the purpose of focusing on creativity.

We shared meals, classes and walks along quiet paths during this precious time. 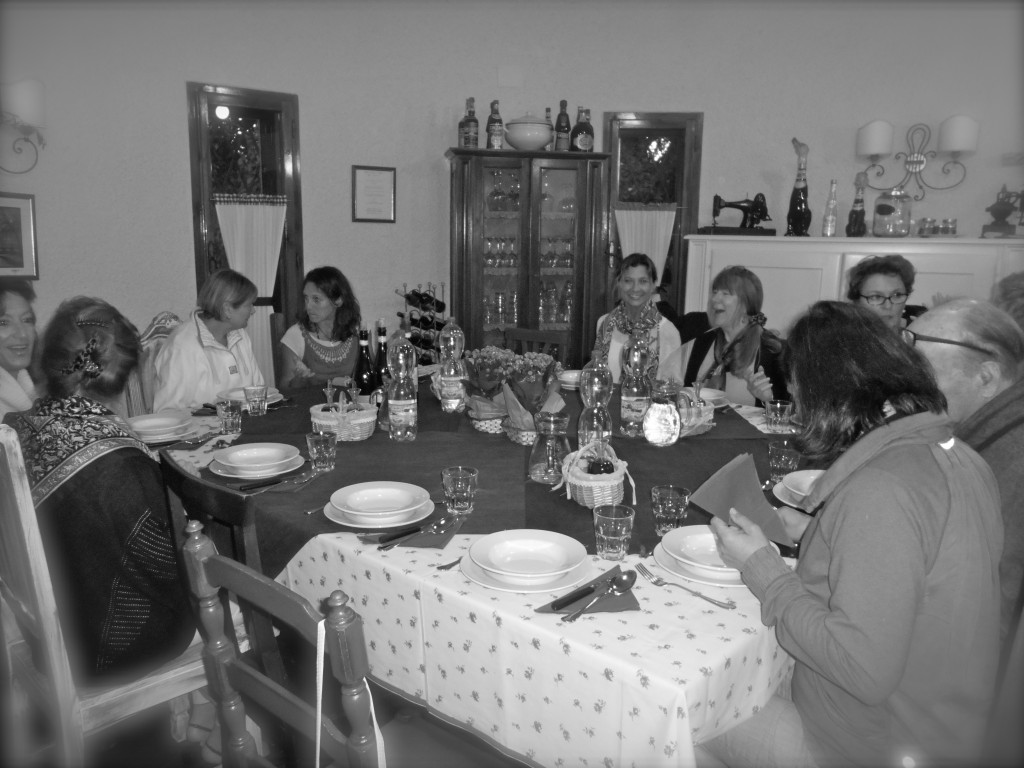 One of the best days was when we visited a sheep farm. We milked sheep and watched as Lorenzo made pecorino. The dregs were taken to the kitchen and his mother cooked them in a huge pot. The result was the creamiest, richest ricotta I have ever eaten. 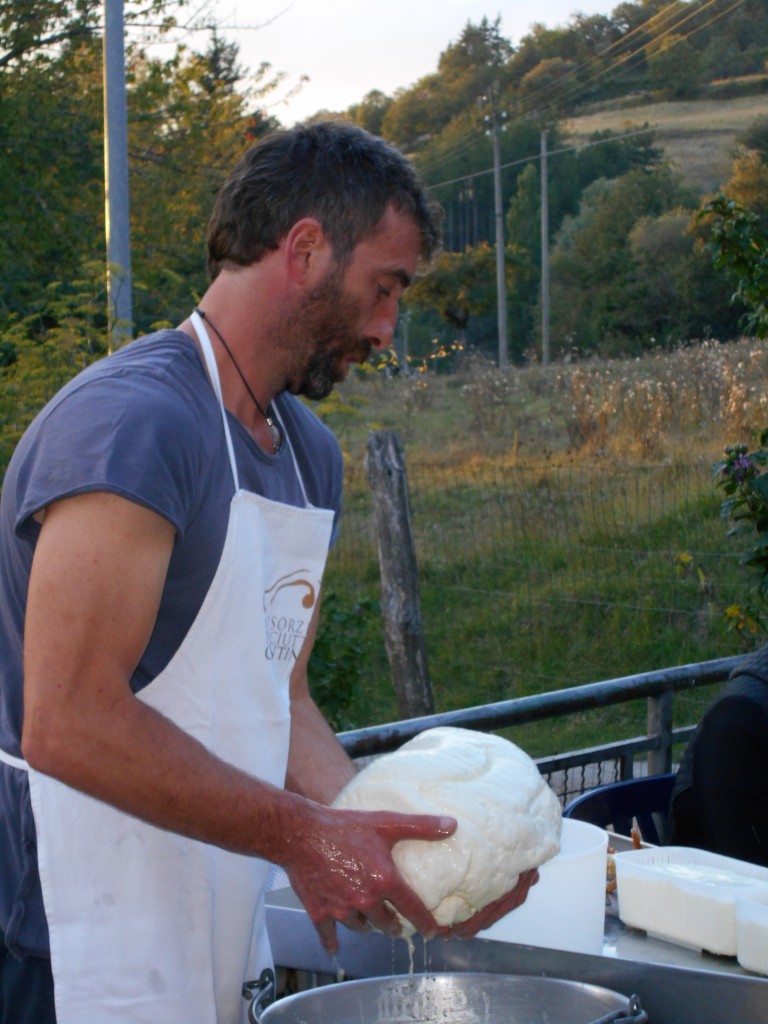 The whole process took a couple of hours. As we sat on a terrace watching as milk was transformed into cheese, we chatted, laughed and breathed in the life around us.

As the sun set, we were invited into the Cipriani’s kitchen. The family served us homemade prosciutto, salami, bread, wine and tomatoes. The tomatoes and wine tasted like summer. 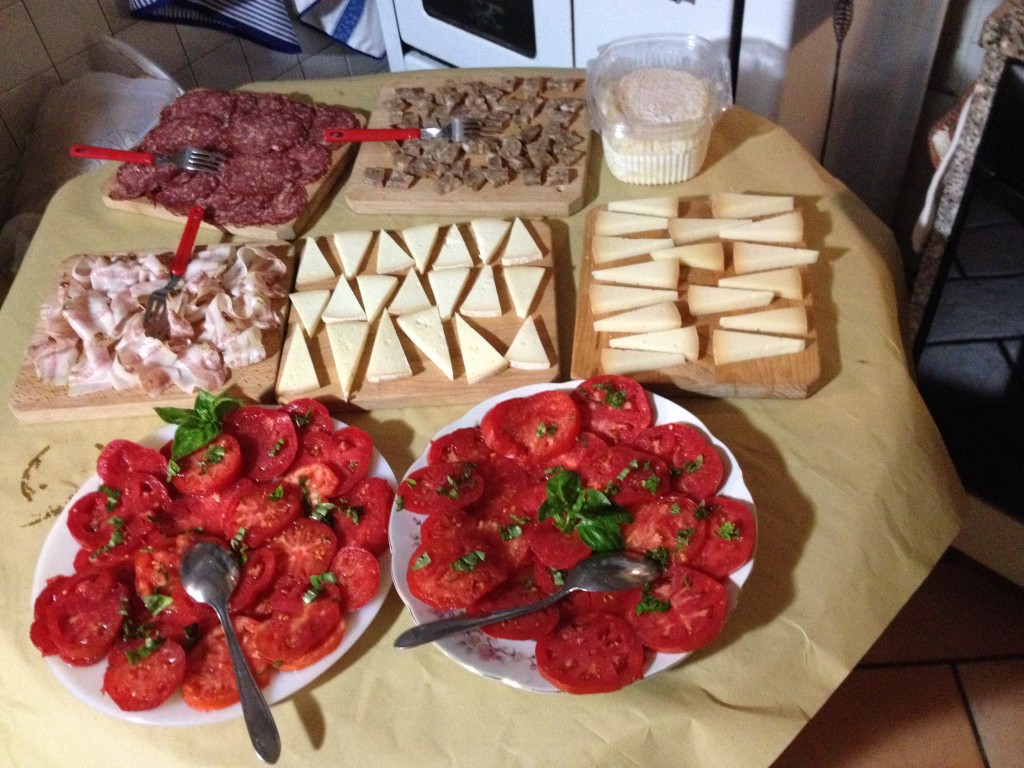 The hospitality, laughter, enjoyment of good company and fresh produce created a meal we will never forget. Sure, we took a few photos, but for the most part we drank in the fact that we were in Tuscany with newfound friends, eating food produced from the land around us.

This memory is a picture of mindfulness for me. Savouring every bite of the ruby tomatoes, sipping the rich, red wine and laughing as if nothing had ever mattered created something beautiful.

In setting aside a week to be mindful in our writing, we also became mindful of our surroundings. Each moment became an inspiration, a spark and memory that will enrich our lives and creative work.

I’d like to think that I brought some of this mindfulness home with me. I’m trying to slow down, pay attention to the moments and see the miracles in the every day.